Two years ago I moved to Puerto Rico. Sure, there are great tax advantages to being here now, but that was NOT why I moved here.

I visited Puerto Rico for the first time in 1993. After falling in love with one of its islands – Culebra – I came back in 1996 and bought the most spectacular piece of property there.

I held onto that land for a long time and eventually started building a house on it. That took longer than I ever imagined it would, but eventually we reached a point where we were visiting the island frequently to handle construction issues. At the same time, we were in limbo in Florida, needing to move but unsure where to go. So we figured it would be a great opportunity just to move to Puerto Rico.

But that’s not what the September GQ article made it sound like. And while the article had some good points, it was also littered with misrepresentations about my intentions and those of many of the other people the journrnalist interviewed.

It upset me enough for me to want to retaliate, which I do in today’s video. Listen now to hear all the many other reasons I moved to Puerto Rico, and why you should consider doing so too, not just for business, but for retirement as well… 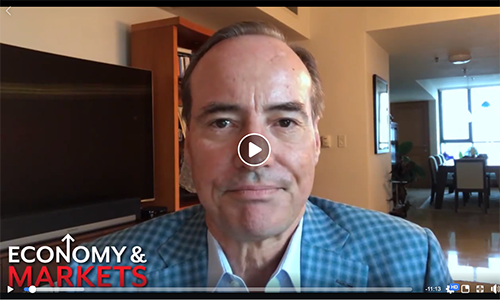